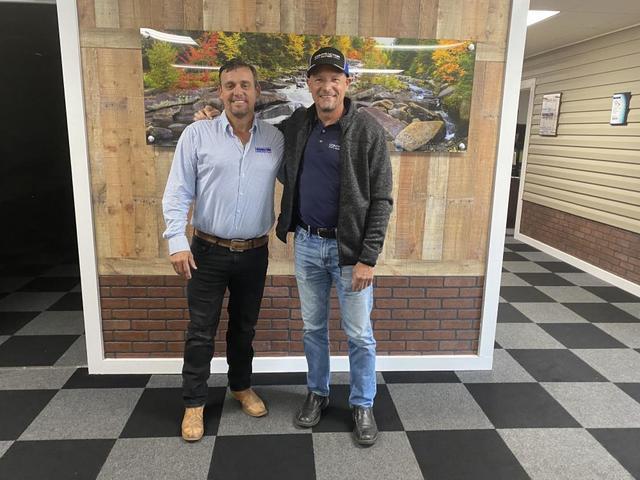 SEYMOUR, CT – Contractor Nation has acquired one of its highest-performing dealerships, expanding its presence in the Southern United States and strengthening its position as the original and leading network of home services contractors in the country.

“Southeast has been providing the highest quality products and services to homeowners in its service area for years and this will continue,” said Contractor Nation Founder and CEO Larry Janesky. “We’re going to accelerate growth of the business so we can serve even more homeowners, create more jobs and have an even bigger economic impact on the community.”

Southeast President and Founder Christopher Reeves, who has been a member of the Contractor Nation network since 2010, called the deal “the right thing to do.”

“Passing the baton to Larry and the Contractor Nation team is a great decision for me, my family, my team and the community,” Reeves said. “Contractor Nation helped me create this successful business and I know they will create even more success now for others.”

Contractor Nation is the original and most successful network for home services contractors in North America. Larry Janesky started in the home improvement and home services industry 33 years ago when he founded Connecticut Basement Systems, a basement waterproofing company, which has since expanded into basement finishing, crawl space retrofits and other services. Since then, the company has significantly expanded and become the state’s dominant provider, performing work in more than 85,000 homes. In 1990, while still running Connecticut Basement Systems, Janesky launched networks for basement waterproofing, crawl space repair, and structural repair. These networks, as well as other companies, have become part of the Contractor Nation network, which is committed to creating even greater success for home improvement and home service businesses across North America.